Mortgage rates don’t seem to know what year it is.
While 2017 was supposed to be the year of skyrocketing rates, it’s been the year of falling rates instead.
The 30-year fixed rate hit 4.30% in March according to mortgage agency Freddie Mac. Yet the agency reported rates at just 3.83% at the end of September.
That represents nearly a $70-per-month savings on a $250,000 mortgage.
Looking to buy or refinance property? October could be the month to do it.

The average conventional 30-year fixed rate mortgage is now solidly in the 3s.

Freddie Mac’s Primary Mortgage Market Survey (PMMS) revealed that rates averaged just 3.80% in September—another low for the year. These are the best rates since just before the election in November 2016.
Why are rates so good? There are a number of factors working together to keep rates low, including an administration still unable to bring an economic boost, low oil prices, geopolitical stress, and ultra-low inflation.
And, though Freddie Mac reports only on conventional mortgage rates, all types of mortgages are experiencing similar improvements.
Mortgage software giant Ellie Mae tracks not only conventional rates but other types, too.
Following are mortgage rate reductions since April.

What type of loan and rate should you get? It depends.

Home buyers with high credit and at least 3% down might choose a conventional loan.The Conventional 97 and HomeReady loan are built for newer buyers who don’t have the big down payment most people assume is required for conventional.
For homeowners looking to refinance, conventional loans are best for those with at least 20% equity. And more homeowners are using this loan to cancel FHA mortgage insurance.Home values are rising, and FHA loan holders should consider getting rid of an expense that often amounts to hundreds of dollars per month. 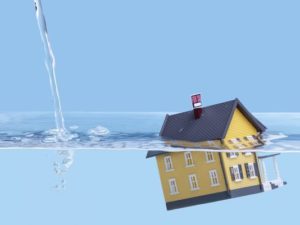 FHA loans are ideal for those without a perfect credit score. But high-credit home buyers are using them, too.

This type of financing requires 3.5% down or around $7,000 on a $200,000 home purchase. That down payment level is within the realm of reason even for low-income home buyers.
Income requirements are more flexible than for conventional loans, so many new grads just starting out in their careers can benefit.
But FHA is not just for home buyers.
The FHA streamline refinance is a powerful tool for homeowners with an FHA loan currently.
No income documentation is required. That means you can still qualify even if you’ve experienced a reduction in family income, but still need to lower your home payment.
A traditional refinance requires pay stubs, W2s, and sometimes tax returns. Many homeowners wouldn’t qualify for the even though it puts them in a better position.
FHA streamline lenders simply don’t ask for income, and none should be disclosed by the applicant. It’s almost as if you’re trading in your old FHA loan for one with a lower rate, almost “no questions asked.”
The loan doesn’t even require an appraisal, and the current value of your home absolutely does not matter.
You still need to come up with closing costs, and most lenders require a minimum credit score. But this loan product removes most of the traditional barriers to refinancing.

While the economy is strong, inflation is tame. And because mortgage rates are inflation-sensitive, there’s no obvious reason for rates to rise.
Economic indicators are important, as discussed below, but so are geopolitical risks.
Watch for developments in North Korea. Almost daily, the country seems to agitate the world community with a new missile launch or nuclear test.
These actions make investors nervous. A flight to safer assets—like mortgage bonds—occurs, and that causes rates to drop.
While no one wants war, mortgage rates are the unintended beneficiary of geopolitical uncertainty.
But even disregarding North Korea, there are plenty of reasons within the U.S. economy to believe rates will stay low for the balance of the year. Perhaps the most obvious among them is the Fed’s evolving stance on the economy.

As in, maybe it’s not as strong as the group thought it was.

Yellen backtracks on strength of the economy

Students of mortgage rates know that, generally, rates rise in a hot economy.

That’s why today’s interest rate atmosphere is something of a mystery.
The economy “feels” good. Home prices are rising, the stock market hits new highs on a regular basis, and the unemployment rate is at 10-year bests.
So why are rates still so low?
That’s what Federal Reserve Chair Janet Yellen would like to know.
She admits that the Fed may have misread the signals. At a conference in Cleveland in September, Yellen stated, “My colleagues and I may have misjudged the strength of the labor market.”
The major conundrum is that unemployment is currently at 4.4%—widely considered “full employment”—yet inflation is surprisingly low. In times past, an economy with so many people employed caused higher inflation.
When there are more jobs than people, employers must pay more to attract and retain workers. That leads to higher prices for goods and services that those companies produce. Workers’ wages must rise to compensate for higher prices.

“My colleagues and I may have misjudged the strength of the labor market.” —Fed Chair Janet Yellen
It’s an inflation-inducing cycle.

But inflation is at just 1.4%, falling short of the Fed’s 2% target.
So, why is the job market tight, but wages and inflation are tame? Yellen got an up-close view of a potential reason during her trip to Cleveland, according to LA Times. There, potential workers were without the necessary skills for higher paying jobs.
They were enrolled in training to get the necessary skills, but for many, a “real” job was still a long way off.
Just looking at the unemployment rate, you could get the wrong impression. The government tracks “employed” persons as anyone who did any work for pay or profit during the prior week, according to the Bureau of Labor Statistics website. That could include someone who works 5 hours at a fast food restaurant, unpaid workers at a family business, and seasonal employees.
Technically, these people are employed. But enough to drive an economy to higher inflation? Hardly.
nd so, mortgage rates stay low.

As a mortgage rate shopper, there have been few better times to lock in a rate. Rates are still low, but that may change as more workers gain the skills needed to fill the many job openings just waiting for them.

What will the Fed do in October? 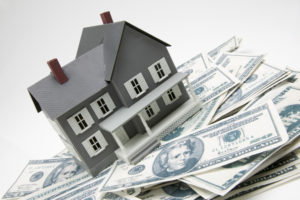 House on pile of money

The most powerful and respected financial body in the world is unsure of the direction of the economy.

So you shouldn’t feel bad about wondering where interest rates will go. (Rates and the economy are inextricably intertwined.)
The Fed will meet again at the end of October to try to water-witch economic truths. Where is the economy headed, anyway?
What does the meeting hold? Likely, not much.
Most major changes occur during four meetings per year at which the Fed releases projection materials. Those happened in March, June, and September, with the last one of the year scheduled for December.
October’s meeting is almost an obligatory one in which little is likely to happen.
Still, you can’t completely disregard any Fed meeting.
Markets will be watching for clues nestled in the group’s post-meeting statement. Any hint that the job market, wages, or inflation are picking up, and rates could rise.
September’s meeting revealed that there would likely be one more rate hike this year. That has a 76% chance of happening in December, according to a CME Group poll. Additionally, the Fed is calling for 3 more rate hikes in 2018.
So far, Fed hikes haven’t translated to drastically higher mortgage rates. The Fed doesn’t control consumer mortgage rates; Investors in mortgage-backed securities do that. But those investors listen to Fed plans and invest accordingly.

Mortgage rate watchers should monitor the Fed, too. Just a slight change in rates could remove the benefit of a refinance, or put a home out of reach.

The next thirty days hold no shortage of market-moving news. Notably, watch for two Yellen speeches, plus a FOMC meeting that begins on the last day of October

What are today’s mortgage rates?

Mortgage rates are holding below 4 percent, to the surprise of analysts. Home buyers have excellent purchasing power, and refinancing households can save more cash than they could just months ago.

Closing Your Loan On Time.