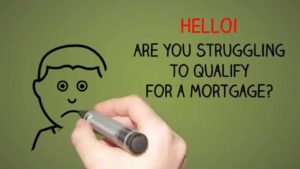 Mortgage rates are poised to move in November.

Rates have been dropping since the first quarter of 2017. Analysts predicted 30-year fixed rates in the mid-4s, yet rates in the high-3s have prevailed.

Will it last? November — exactly 12 months since Trump was voted in and rates skyrocketed — could be another defining month.

One year ago, homebuyers and refinancing homeowners regretted postponing a mortgage rate lock as rates rose 0.60% in just a few weeks.

No one expects those increases this year, but a few government initiatives are threatening rates to some extent.

Looking to buy or refinance? November could be the month to do it.

Mortgage agency Freddie Mac has been tracking rates for more than 45 years. In October, it reported some of the lowest rates in its survey’s history.

That means the rates available now are in the 90th percentile of good rates since Freddie Mac has been tracking them.

A Marketwatch poll revealed that analysts thought rates would be near 4.5% through 2017. So far this year, the highest weekly average rate has been 4.3%, and we haven’t seen those levels since March.

What does that mean for the home buyer or refinancing household? A lot. Here is the difference in principal and interest payment on a $250,000 mortgage between expected and actual levels as of October 26, 2017.

That $82-per-month difference makes the home buying more affordable, or could make a refinance pencil out.

Is it time to take action? It surely could be, before November events take their toll on rates.

You can compare the rates for the previous month here.

Conventional refinance rates are holding low, as a rate for home purchases.

The Freddie Mac report described above polls lenders only on conventional rates, not ones for FHA, USDA, or VA loan types.

Yet those programs are worth looking into if you have a small down payment or damaged credit.

Conventional loans, however, are more suited for those with decent credit and at least 1% or 3% down (but preferably 5% due to higher rates that come with lower down payments).

Twenty percent in equity is preferred when refinancing.

With adequate equity in the home, a conventional refinance can pay off any loan type. These loans can even cancel mortgage insurance. 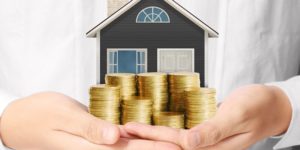 FHA is currently the go-to program for home buyers who don’t qualify for conventional loans.

The good news is that you could get a lower rate on an FHA loan than you can for conventional.

(You might wonder why Ellie Mae reports higher average rates than does Freddie Mac. It’s because Ellie Mae considers loans at all credit and down payment levels, whereas Freddie Mac averages rates for the “perfect scenario.”)

So, even with damaged credit, you can get a great rate. Yes, these loans come with mortgage insurance, but overall cost per month is not that much more than for conventional loans.

A little-known program, called the FHA streamline refinance, lets you convert your current FHA loan into a new one at a lower rate if rates have fallen since you received your loan.

An FHA streamline requires no W2s, pay stubs, or tax returns. And you don’t need an appraisal, so current home value doesn’t matter.

While a monthly mortgage rate forecast is helpful, it’s important to know that rates change daily.

You might get 4.0% today, and 4.125% tomorrow. Many factors alter the direction of current mortgage rates.

There is no shortage of market-moving news in November. The top seat at the Federal Reserve is up for grabs, and Trump is pushing through wide-reaching tax reform.

In addition, a Federal Reserve meeting adjourns November 1. The group is not expected to raise rates, but its report released the same day could move markets.

Where will rates end up by December?

This is a question everyone is asking.

And for good cause.

Yellen has been the rock-steady leader of the Federal Reserve since 2014. She has soothed markets with a predictable, data-dependent path, according to CNBC.

Her term is up in February. Trump says Yellen might stay. But he’s looking at other candidates, including former investment banker Jerome Powell and Stanford economist John Taylor.

The more rate-unfriendly choice could be Taylor. Chief U.S. economist at Bank of America Merrill Lynch Michelle Meyer says, “Taylor would likely be less sympathetic to short-term misses in the data or weakness in financial conditions and would want to keep the hiking cycle on track,” as reports CNBC.

Powell, though, would be more likely to pause Fed rate increases if economic data appears weak.

What does this mean for rates? Trump could drop more hints about his choice in November. If a rate-unfriendly candidate appears to be the front-runner, rates could rise in anticipation.

Conversely, an interest rate “dove” slated to fill the seat could have no effect on rates at all, or cause them to drop. 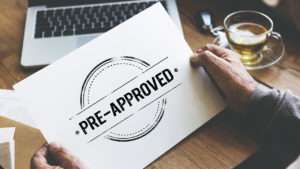 Trump got a budget through the Senate as October came to a close. Next up: passage by the House of Representatives.

If this happens, it could be the catalyst to ignite larger reform: overhauling the tax code.

The president calls the new tax plan “the biggest cuts ever in the history of this country,” according to CNN. It would cut corporate tax from 35% to 20% as well as doubling the standard deduction for some filers.

The new tax plan could be “the biggest cuts ever in the history of this country,” says Donald Trump

What does tax reform have to do with mortgage rates? As it turns out, a lot.

Lower taxes could increase economic activity and spur the economy. Corporations would become more profitable, and the average family would have more to spend.

All this increased economic activity would lead to inflation in two basic ways. First, the demand for goods and services would rise as people have more to spend. This could lead to higher prices.

Second, tax cuts mean there’s less money coming into the government. So, Uncle Sam would issue more debt to pay for regular government operations. This causes rates to rise because government securities and mortgage-backed securities are the same types of asset.

In other words, more of the same kind of stuff in the market causes the value of those assets to drop. As value drops, interest rates must rise to continue attracting buyers.

The president is calling for a tax plan signed into law by Thanksgiving. That means mortgage rates could be in for a bumpy ride in November. Watch for headlines about tax proposals introduced to Congress this month.

The Fed will raise rates in December

The Federal Reserve meeting adjourns November 1. There is just a 1.5% chance that the group will hike rates, however, according to CME Group’s FedWatch tool.

The same poll pegs chances of a federal funds rate increase near 97% when the Federal Open Market Committee (FOMC) adjourns on December 13.

Mortgage rates won’t necessarily rise when that happens, though. The Fed doesn’t control mortgage rates — markets do that. Because this hike is so widely expected, it’s already priced into today’s mortgage rate levels.

Mortgage rates rise and fall in the future, not on the present. If you want to know where mortgage rates will go, watch out for economic news that points to inflation or major economic changes, even if those events will happen months or years from now.

The next thirty days hold no shortage of market-moving news. Notably, watch for the jobs report on November 3, and the FOMC meeting minutes release on November 22.

Now could be the time to lock in a rate in case any one of these events push up rates this month.

What are today’s mortgage rates?

Mortgage rates are holding below 4 percent, to the surprise of analysts. Home buyers have excellent purchasing power, and refinancing households can save more cash than they could just months ago.

Closing Your Loan On Time.